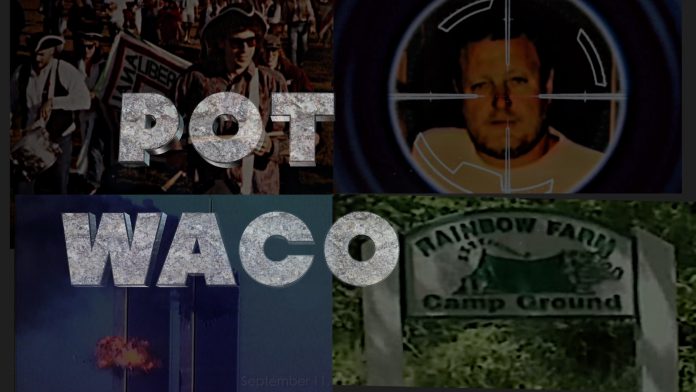 According to the movie, “Pot Waco”:

After their teenage son was seized and the local prosecutor began forfeiture litigation on all their assets, the traumatized couple took up arms and announced a Waco-like stand-off. They were hoping to publicize the injustice of the war on cannabis, the landscape on which would shift in a few years.

Unfortunately, this attempt to draw attention and national news to this cause never materialized because a few days later, 9/11 happened, and the story disappeared before reaching the national media.

Hager plans to make the definitive documentary on the incident, and is filming over the 20th anniversary of the tragedy. The project is being…

Landon Parker’s New Book ‘Militia Justice: The Fall of a Wrestling Legend’ Follows the Author as He Investigates a Crime for Which His Father...